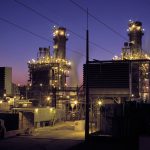 The electricity market is rapidly changing. Consumers are becoming producers; centralized markets are shifting towards distributed energy resources; renewable energies take on more of the load; underground grids and an almost absolute reliance by the end users – those are just a few examples.

An important effect which derives from all of that is that each failure carries with it far reaching consequences in financial terms as well as in tangible terms. Thus, utilities have to adjust their perception and focus on failure prediction rather than failure recovery.

Effective failure prediction is based on two main pillars: First, the technical ability to monitor the grid; and Second, the ability to handle big data which stems from the aforementioned monitoring, and get to an operational bottom line.

EGM’s Meta-AlertTM System exhibit both, providing near real time grid monitoring as well as analyzing and drawing conclusions from that monitoring. The focus is on detecting the initial abnormalities in grid performance well in advance before they become malfunctions that interrupt routine operation of the grid.

EGM’s Meta-AlertTM System offers utilities a huge save on time and money, maximizing their ability to predict failures and address them. Through a net of sensors placed on the grid itself in predetermined locations, the Meta-AlertTM System continuously reflect the grid’s operation, thus also creating a huge data base of historical record that enables to draw insights on trends of behavior throughout a long period of time.